Our Story: How Glyphosate and Other Chemicals Are Affecting Your Food

I’ve been cooking since I was five years old. I have memories of my Hungarian grandmother putting me on a short ladder next to her kitchen counter and standing behind me, guiding my hands as I learned to chop onions and peppers for her Hungarian chicken paprikash, mash hard-boiled egg yolks for Hungarian stuffed eggs, and knead dough for homemade noodles.

I have multiple recipe books with recipe after recipe handwritten by my grandmother in her old European cursive, my mother, myself, relatives, friends, and my friends’ mothers and grandmothers. The recipes are all usually accompanied by sometimes out-of-focus photographs of my loved ones engaged in their magical kitchen witchery.

A few years ago, we had an older couple, whom we have been friends with for many, many years, offer to come visit us for a few days. My husband and I have no family left other than our children, and we love this couple like family, so even though I knew that they had developed multiple allergies and food sensitivities over the years, I offered to accommodate them, of course.

When I found out that they could not eat eggs, yeast, gluten, sugar, or dairy and that they could only eat organic food, I was quite puzzled as to what and where we would eat since their diet seemed so extreme at the time and, let’s face it, we live in Sarasota, not New York City, where there are healthy specialty restaurants abound.

Furthermore, although our four young children were used to eating homemade food, our recipes were filled with flour, eggs, sugar, dairy and all of the other forbidden elements. However, having cooked for so many years I decided to roll up my sleeves and figure out how to feed them.

Somehow or another, we survived and managed to have fun in the process. I have to admit, though, that my husband, Gabriel, and I, self professed “foodies” and proud of the fact that we ate “everything” and that there was no food we would not try, secretly found their diet to be wonky and overly complicated. We particularly rolled our eyes at the latest food fad: Gluten-Free food.

My logic insisted that unless you were officially diagnosed with celiac disease, you could not possibly have any issues with gluten and that gluten was just the latest in a series of familiar over-the-top fad diets that I had seen Americans engage in over the years since I moved to this country. I had seen people embark on diets with no carbs, no proteins, no eggs, no bananas, no meat, etc., etc., etc. and had grown weary and distrustful of anyone who touted such and such food restriction as a life-changing, necessary move.

Shortly before visiting Quebec for the second time, my husband and I were looking forward to eating the quintessential French food for which this lovely city is known for… buttery almond croissants that melt in your mouth, foie gras of the ultimate quality, sausages and ducks and meats galore. We had visited Europe recently and in our travels through Budapest, Vienna, and Prague had noticed that the stomach difficulties which normally plagued my husband, in the form of weird noises and stomach discomfort, were seldom happening in those countries. So, we decided to test our theory in Canada. Much to our surprise, the same thing happened there!

What could be in the food in the United States that was causing Gabriel his digestive problems?

At first, we were aghast that since the issue primarily seemed to be happening with wheat products that it could possibly be due to the much maligned gluten!  However, there exists no reason why wheat products from the US would cause him to have issues with the gluten while not with the gluten in Quebec or Central Europe.

We began to think that perhaps the wheat silos in the US were allowed to sit with their contents for too long and that perhaps they grew moldy as result and found some articles online about this. However, it still did not explain why this didn’t happen just with wheat but with other seemingly random products as well, such as fresh peppers. I began to wonder whether we should just go gluten-free or vegan and began to buy cookbooks and watch documentaries in order to try to get to the bottom of this mystery and inform myself.

One day, while surfing through Netflix, I came upon a documentary called “What’s with Wheat?” which argues that the problems with wheat that are leading to greater wheat sensitivity have nothing to do with the grain itself but with the way in which it has been genetically altered and the ways in which it is grown and processed, including the pesticides it is doused in and the chemicals used to dry it, which include glyphosate. 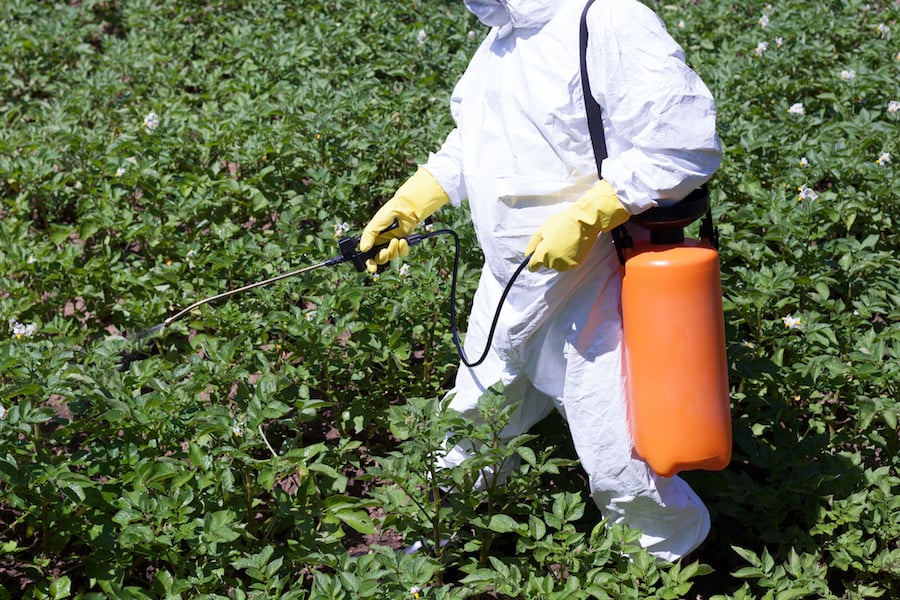 Glyphosate is a weed killer which has been linked with cancer in several high profile billion dollar lawsuits won by folks who claim to have been harmed by the very chemical used to accelerate the consistent drying of wheat harvests.

As we did some research on the use of glyphosate and pesticides in food production in the U.S. versus in other countries, we decided that the only way to figure this out was to go as gluten-free and organic as possible. We couldn’t believe that we were now going to embark into what we had always thought was a form of hippie woo-woo lifestyle. I decided to follow suit and change my diet as well in order to support Gabriel, since I thought that I did not have any health issues or problems digesting food like he did. 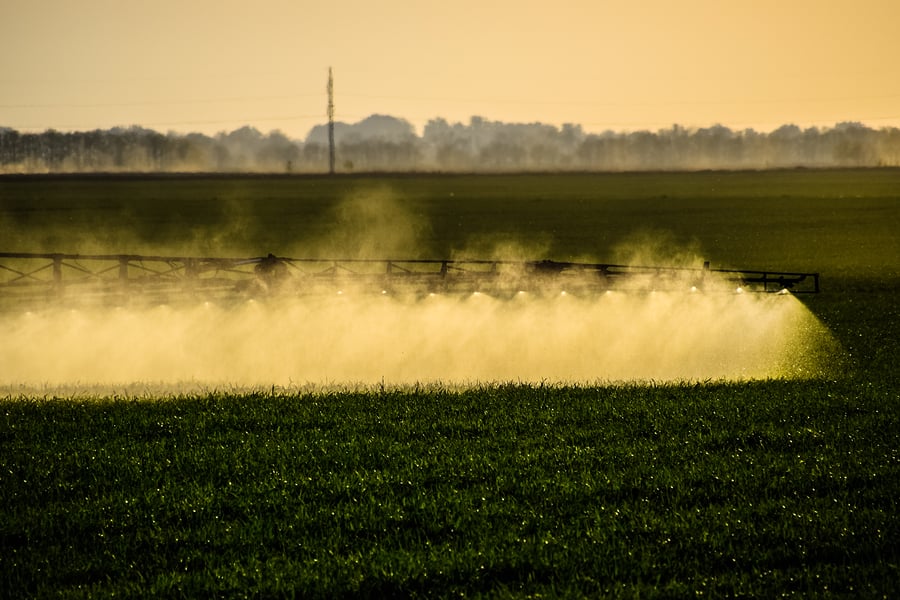 Well, what a surprise we both had!  As soon as we decided to start eating organic and gluten free, not only did we both begin to feel much better healthwise, but we both lost the extra weight and the inflammation which had been evident on our puffed up faces! Gabriel, who had been on medication for high blood pressure, suddenly began to get dizzy and we realized that he no longer had high blood pressure so he quit the medication.  My vertigo, which I had experienced on-and-off for several years, subsided.

Luckily, a friend of ours mentioned that we should buy our own organic flour and make our own bread and pasta and recommended we buy Anson Mills grains, which is located in North Carolina and which produces organic grain products of the highest quality. We did and I began to cook our own bread in our Zojirushi Breadmaker. I made pasta and cakes with their flour and we had no problem digesting them!

Furthermore, we began to buy organic products at Whole Foods and we made soups and stews in our Instant Pot. The difference was astounding!  Both of our daughters no longer had high cholesterol and we noticed a change in our four kids’ moods and bodies, which also lost any hint of puffiness. Incredibly, Gabriel and I have seldom gone to our western medical doctor with complaints at all!

This improved sense of health led to us becoming interested in our environment which led us to ditch plastic bags as much as possible in favor of easily stored and reusable grocery bags, to buy electric cars, and to install solar panels in our home.

We began eating at places that are healthier such as Cafe Evergreen and Lila and we began to buy our fish from Fresh Catch which carries local, wild-caught fish.

In short, we became the very people that we used to thumb our noses up at and in the process, we began to create a legacy of health and sustainable living for our children.

As you read this blog, you may think that doing all of this is impossible, but we know that Rome wasn’t built in a day! If you just buy some reusable grocery bags, which you can store in your briefcase or purse, use your own refillable water bottle, stop using plastic straws, and reduce your intake of glyphosate-doused wheat in favor of organic flour or gluten-free products you will already be more aware and do more for your health and the environment that most people in this day and age.

The book “Live Green: 52 Steps for a More Sustainable Life” by Jen Chillingsworth might give you some ideas in order to begin to implement small changes that will be meaningful to you.

I remember learning in graduate school that people in first world countries get sick from diseases which astound tribals healers from cultures that are supposedly less advanced than ours. We cannot continue to treat our bodies and our environment like garbage cans where anything can be tossed in and not expect to have repercussions. We now know, in a powerfully personal way, that making even small changes in our day-to-day choices will go a long way in healing ourselves and our planet and that if enough people do this, it will exponentially increase our chances, individually and as a species, of surviving and perhaps even thriving in this beautiful world. 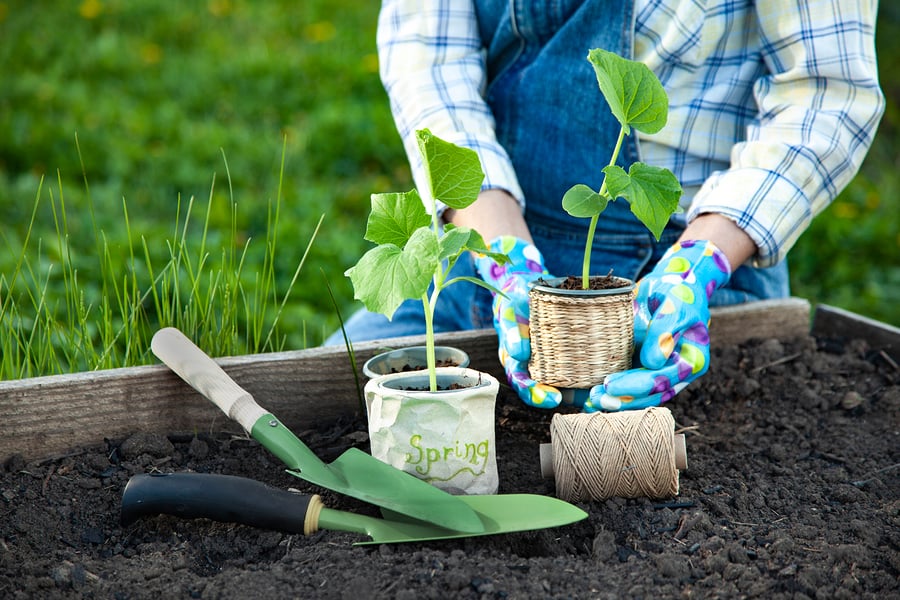 Conserving Water In Your Florida Garden This Year 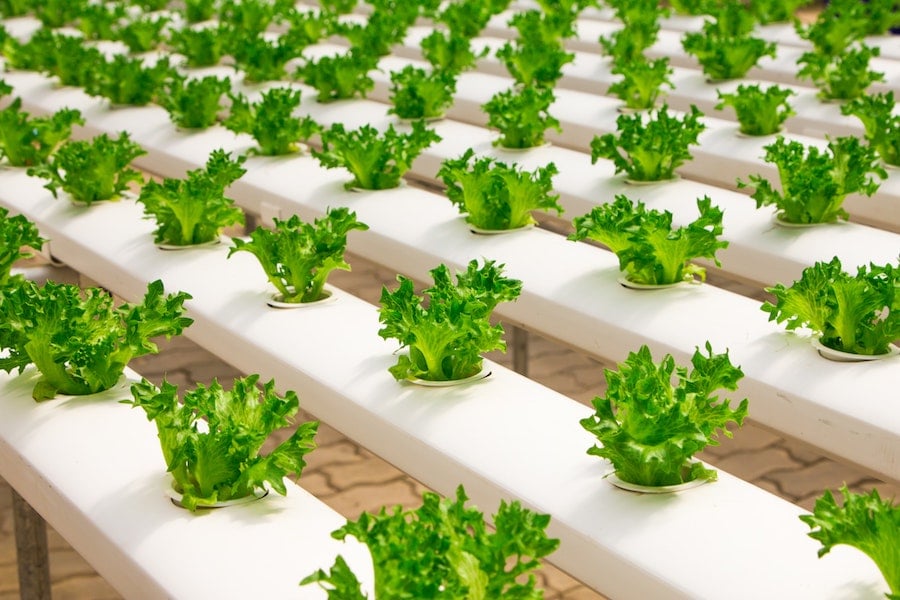 The Benefits of Vertical Farming and How You Can Get Started 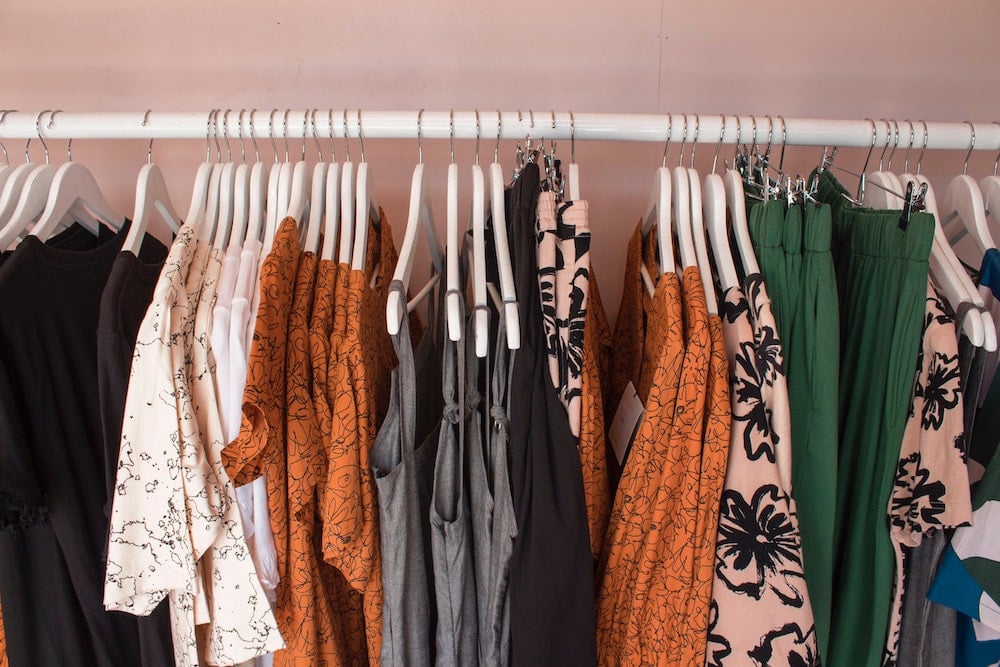 Five Sustainable Fashion Brands You HAVE to Check Out in 2020 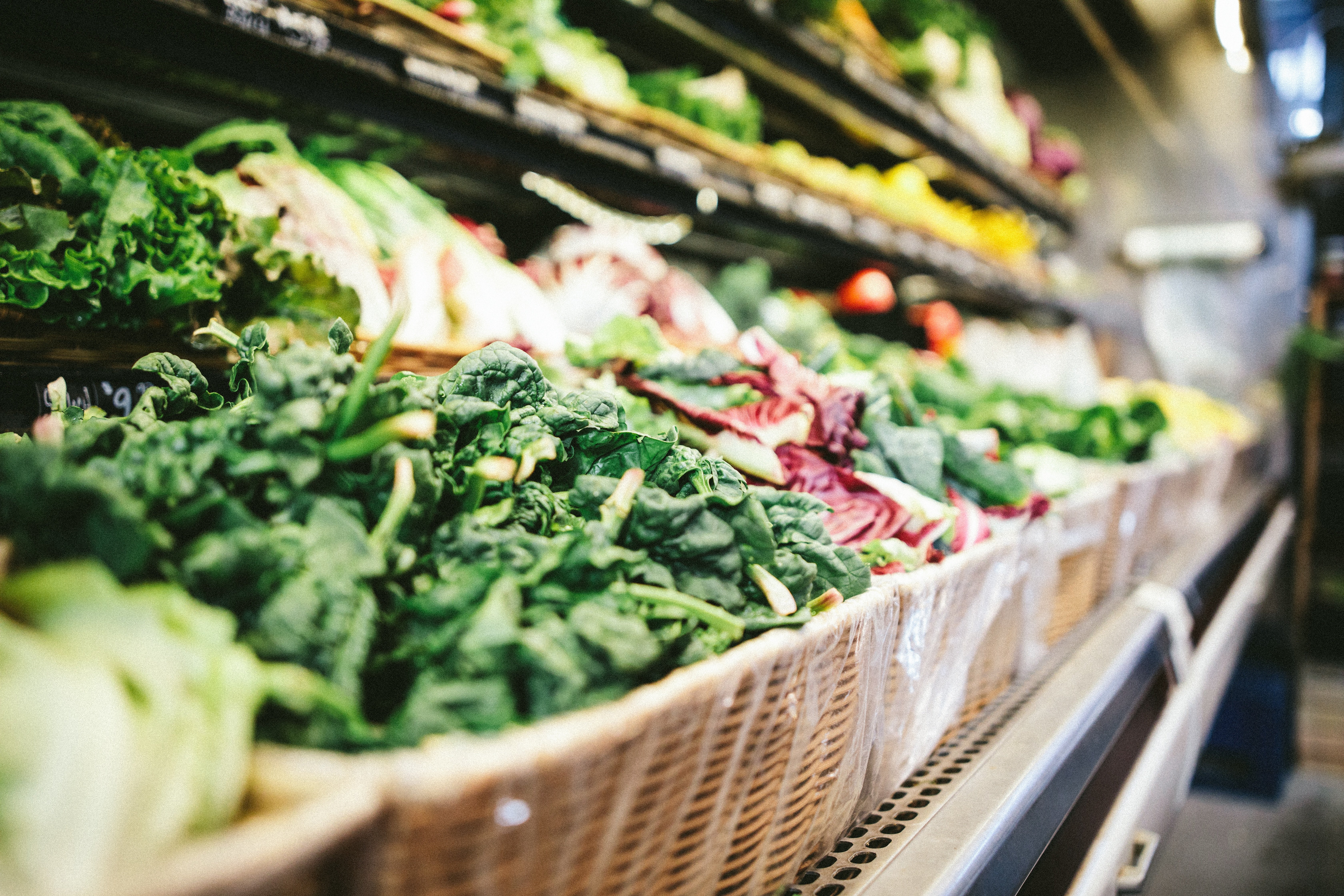 What is a GMO and How Does it Affect Our Food? 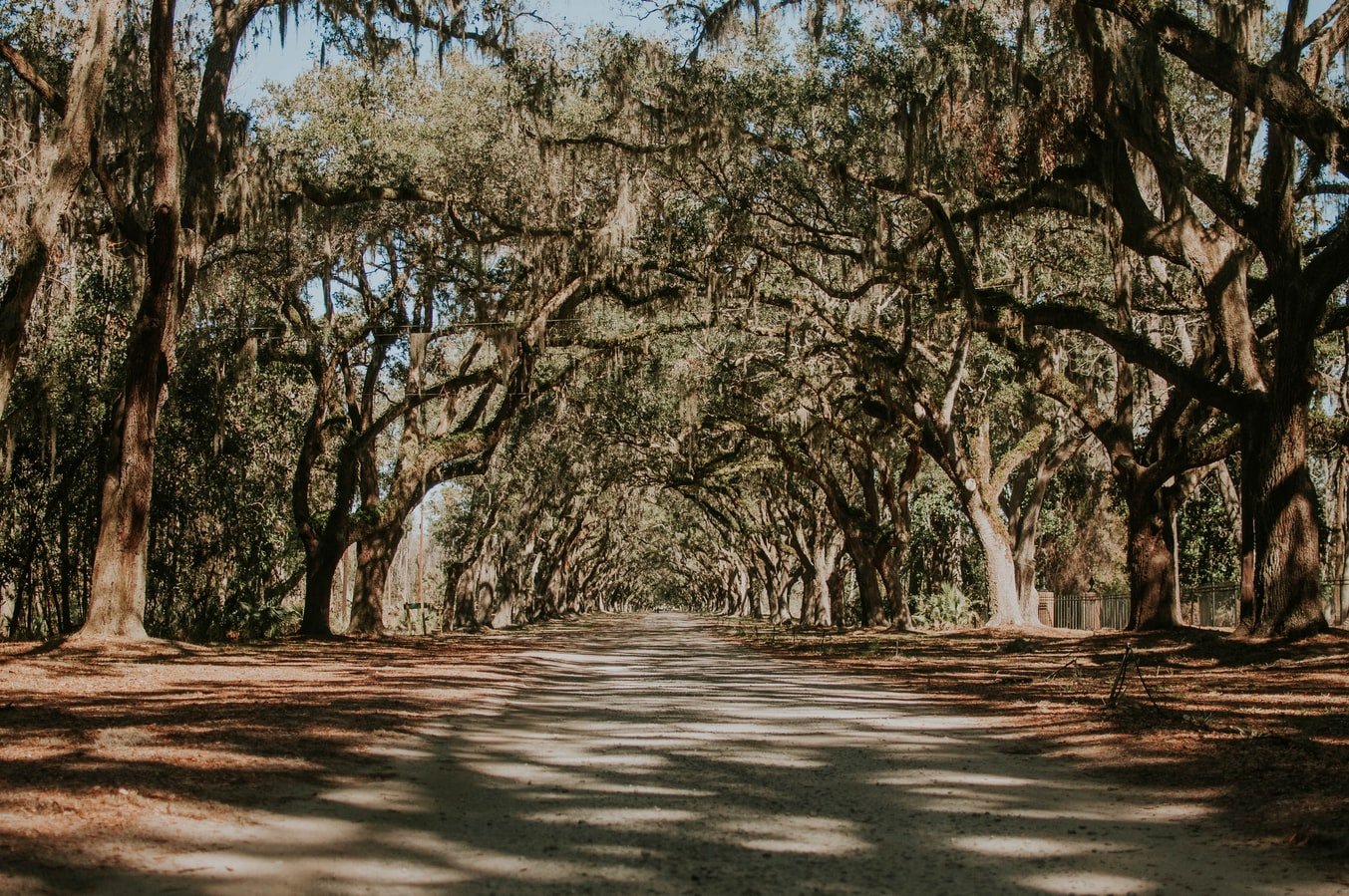 Will My Plants Make It Through a Florida Winter? 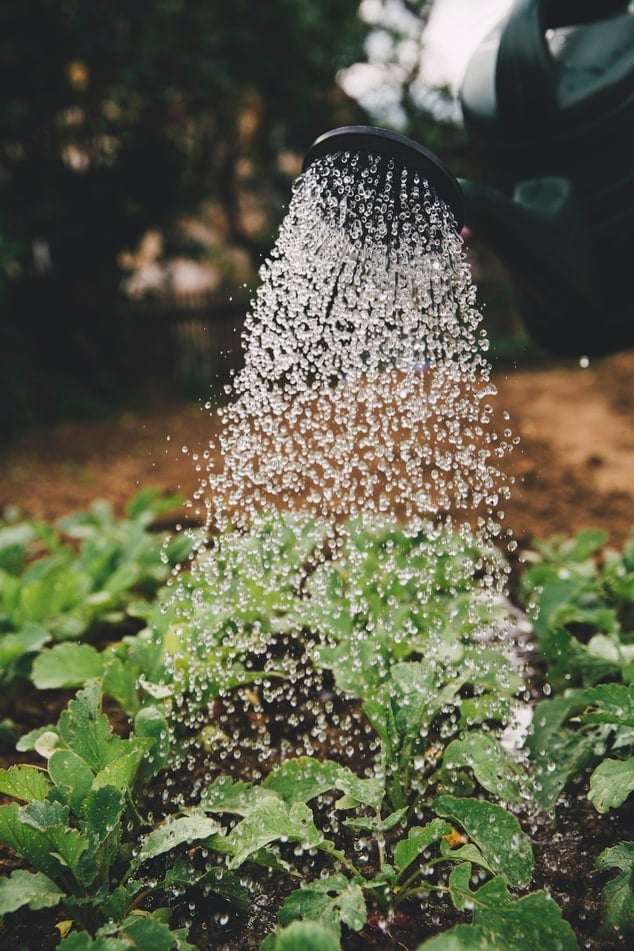 How to Live More Sustainably in Your Florida Condo 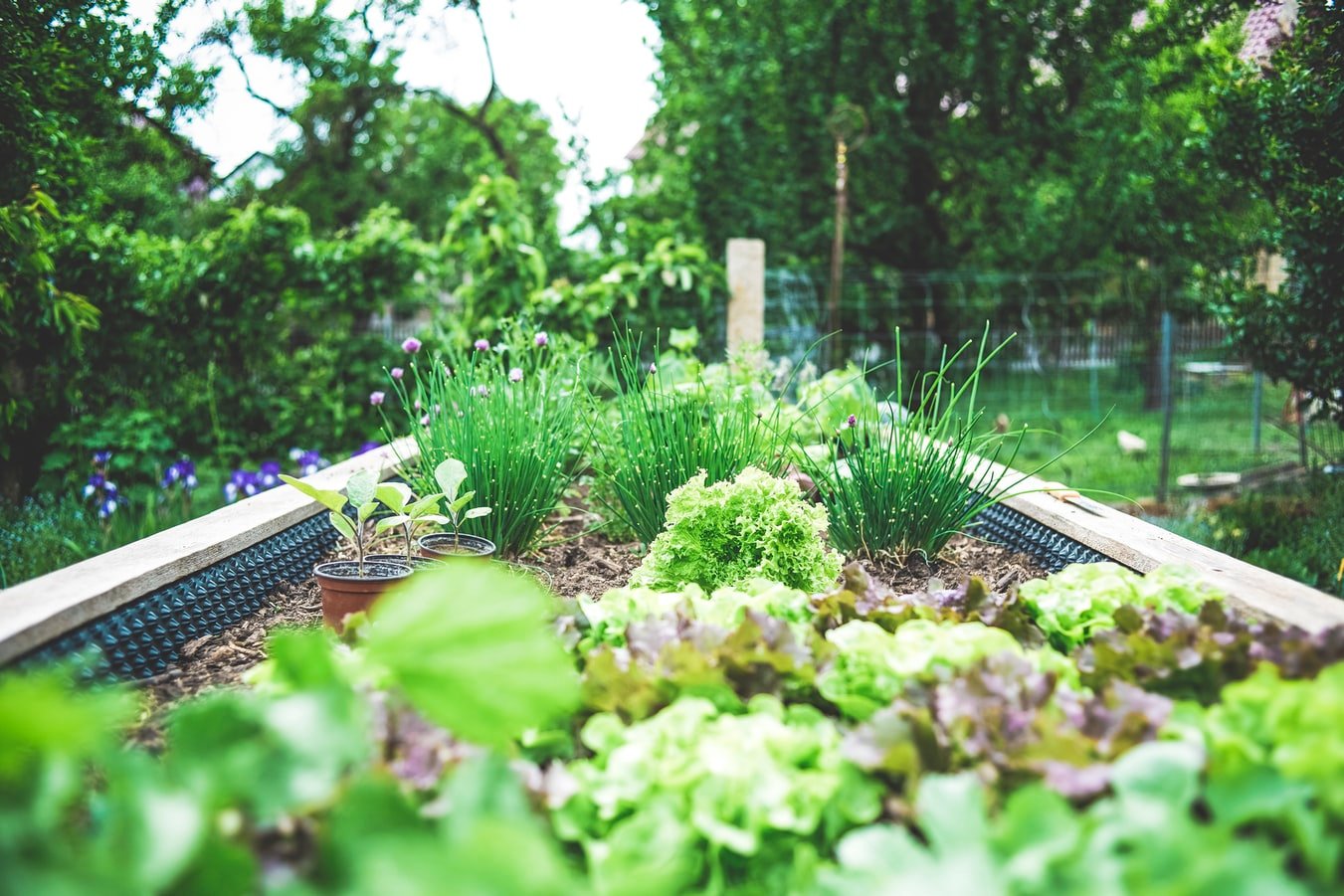